Gravy Filling:
2 tbsp butter
3 tbsp of flour
4 cups of broth made from water used for cooking the chicken and veggies- I just start with a little more than I'm going to need and cook everything in that.
1 TB chicken boullion

I put 4.5 cups of water in a big pot, then added the chicken and chicken bouillon. Brought to a boil, then covered and simmered on about medium low for 20 minutes, than added all veggies and cooked for another 30 minutes.
Remove all veggies and chicken with slotted spoon place in large bowl.
Separate out chicken to cool before shredding or cubing. I put mine in ice water to speed up the process.
with broth simmering , add butter and flour, whisk briskly to smooth out lumps, then simmer until thickened and toss everything back in. Stir to coat well.
Pour into greased, deep dish 9" pie plate. Lay crust over top. Cut 4 slits and place whole thing on cookie sheet in case of spillage [there usually IS a little bit, so PLEASE place a pan underneath while cooking.]

CRUST:
Now, you can use a store bought crust and save time. I usually do. But since the recipe claims from scratch, I feel obligated to add a crust recipe too. I only use one crust and lay it on top, whereas traditionally two are called for. If you want two, double up this recipe.

Mix all dry ingredients together in medium [save out 1/4 cup flour to use in a minute].
**Now this is controversial, and folks will think I'm nuts, but I melt my butter and dump it in with the flour. Then I can just quickly stir it all together with a long tined fork and it always makes nice pea sized lumps that all other pie recipes strive for with a great deal more work.

Add the remaining 1/4 cup of flour and mix lightly
Do not over mix this flour. It should coat the clumps.
Sprinkle the water over the dough and with hands or a wooden spoon mix in until dough holds together.
Shape the dough into a disc.

ROLLING out the CRUST: ** I got these pie rolling directions from thepioneerwoman.com. Thanks Ree!**

Using two pieces of parchment paper (or wax paper in a pinch) at least twelve inches square each, place a disc of dough between them.
Starting at the center, roll the pin out to the edge. Turn the dough and parchment as necessary and continue rolling, always from the center to the outer edge. The goal is to have a circle shape that will be just slightly larger than the pie dish.
After a couple rolls, lift the parchment paper away from the dough to loosen and replace the parchment.
Flip the whole thing and loosen the other paper sheet. Continue rolling until the dough is about eleven inches in diameter for a nine inch pie dish.

When the dough circle is the desired size (hover the pie pan over the dough to check if the dough circle is large enough) loosen both sheets of parchment by lifting them away and then replacing them on the dough. Keep one sheet of paper on the dough and use it to lift the dough and flip it into the pie dish. Take care to center the dough in the dish. Remove the paper.
Flute the edges by pinching with fingers into a fancy pattern or simply use a fork like my grandmother always did. The idea is to seal the edges so the juices stay inside the pie while baking.

Cut some slits in the pie with a knife to allow steam to escape. 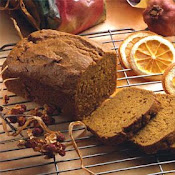